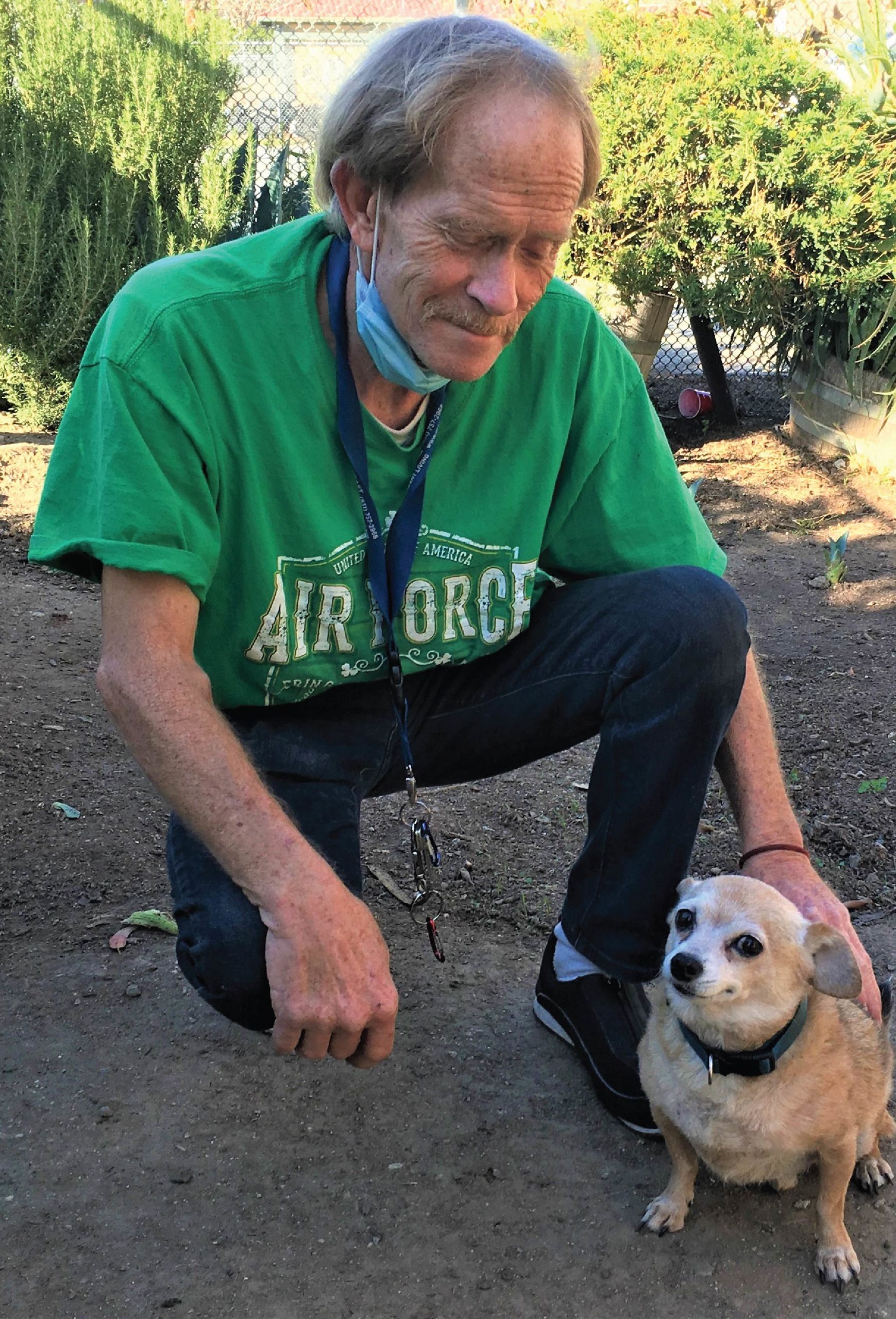 Living in his van behind a big box store in west Salinas, Richard Ferris wasn’t looking for a companion. He was doing OK by the current standards of homelessness – he had a vehicle that was livable, he had a “safe spot” behind the store, and he was able to manage his chronic back pain with the quality medical care provided by dedicated doctors in Salinas. Of course, he always wanted to have a home, to live indoors, but he was doing alright by the standard we have come to accept in Salinas, and across the U.S., where people are living outside, on the street. We seem to accept it as a fact of life. Richard was working for a dear friend who is disabled. He was helping with chores and tasks around her house. His friend has diabetes and is on dialysis.

Her health was getting worse and it was becoming increasingly difficult for her to care for her little dog, a Chihuahua named Chiquito. He was loved but he wasn’t getting the attention and care he deserved. She needed to find him a new home – and there was Richard, kind, helpful, responsible. Richard sensed that Chiquito, a young 12 years old, knew it was time to move on. So, Chiquito got into the van with Richard and began the adventure of his life. For Chiquito, it wasn’t too bad. It was difficult for Richard, though. He is a native of the area, grew up in Carmel Valley, and worked for many years in manufacturing. He been a plant manager and has a wide range of skills (he also maintains and repairs slot machines) and used his knowledge to land a job in Sand City manufacturing ink cartridges. “I’ve had a lot of really good jobs,” said Richard. However, he developed medical problems, degenerative bone disease in his back, he has had two strokes, and that forced him to leave the workforce. “I’m a good worker, and when I work, I prove that I want the job by putting in long days and sometimes working seven days a week.” After years of struggling with his back and seven surgeries, Richard wound up, at age 63, living in his van with Chiquito. Richard credits Chiquito for his motivation to get housed. When the van finally broke down and Richard was unable to pay to repair it, he had a choice.

He could join the others who are living in tents on the street, in vacant lots, and along the train tracks, but instead, Richard and Chiquito asked for housing assistance at Dorothy’s Place. House of Peace Transitional Residence, located upstairs at Dorothy’s Place, accepted Richard and Chiquito into the program. They have a room in the peaceful and comfortable residence. They have support and guidance from the staff, and they have a goal. The staff knows how important Chiquito is to Richard and are supporting Richard as he applies for housing and takes care of his medical needs. Richard would like to live where it is peaceful and where there are trees. Chiquito says that's just fine.